Association between maternal aflatoxin exposure and birth outcomes in Uganda 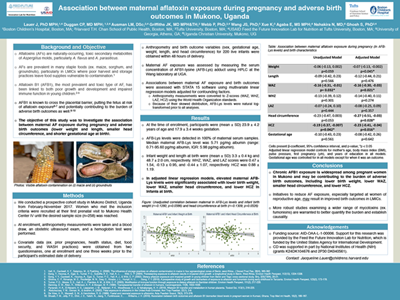 The objective of this prospective cohort study was to investigate the association between maternal aflatoxin exposure during pregnancy and adverse birth outcomes, primarily lower birth weight, in a sample of 220 mother-infant pairs in Mukono district, Uganda.