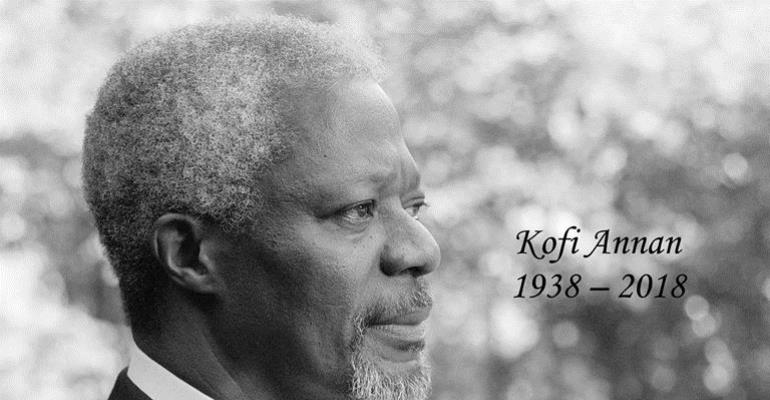 18 August 2018. It is with immense sadness that the Annan family and the Kofi Annan Foundation announce that Kofi Annan, former Secretary General of the United Nations and Nobel Peace Laureate, passed away peacefully on Saturday 18th August after a short illness.

Kofi Annan, the soft-spoken and patrician diplomat from Ghana who became the seventh secretary general of the United Nations, projecting himself and his organization as the world’s conscience and moral arbiter despite bloody debacles that stained his record as a peacekeeper, died on Saturday in Bern, Switzerland. He was 80.

His death, at a hospital there, was confirmed by his family in a statement released by the Kofi Annan Foundation, which is based in Switzerland. It said he died after a short illness but did not specify the cause. 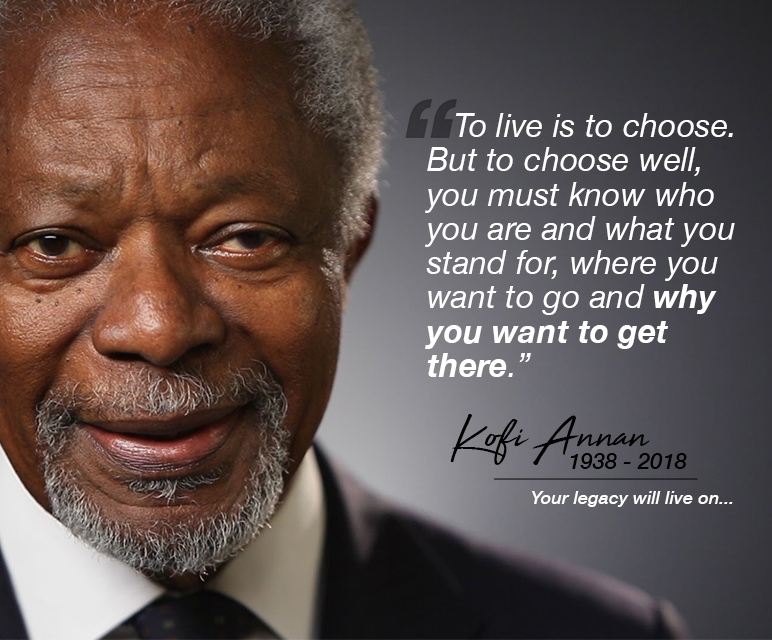 Awarded the Nobel Peace Prize in 2001, Mr. Annan was the first black African to head the United Nations, doing so for two successive five-year terms beginning in 1997.

He was particularly committed to African development and deeply engaged in many initiatives, including his chairmanship of the Africa Progress Panel and his early leadership of the Alliance for a Green Revolution in Africa (AGRA).

“I am saddened by the death of Kofi Annan, my elder brother and friend. Africa has lost one if its gallant soldiers. We express our heartfelt condolences to his wife Nane, his children, and the entire family. Mr. Annan has left a lasting legacy in the quest for a food self-sufficient continent. We will keep his dream and vision alive.” Mr. Strive Masiyiwa, AGRA Board Chair.