Home/Blog/An Interview with Farmers and A Game Preparation

An Interview with Farmers and A Game Preparation 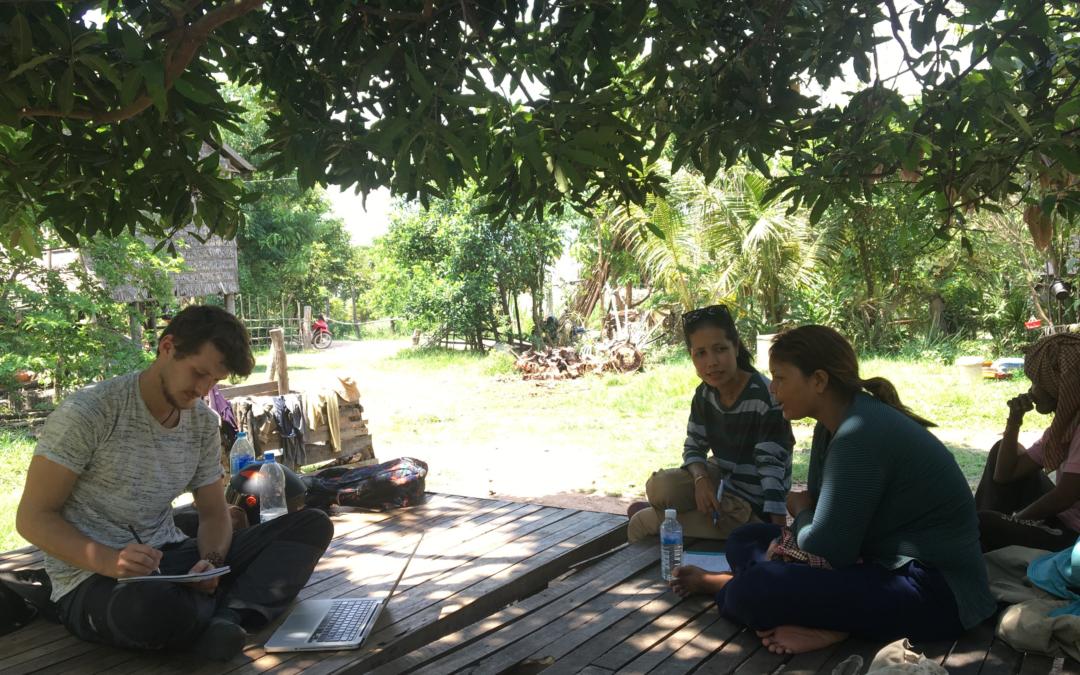 A continuation of student stories how it is to do a research in a developing country.

It has been more than a month now when arrived to Cambodia and a lot of things happened during these last four weeks. I am living near the Boh Knor station in Kampong Cham province with colleagues from the Conservation Agriculture Service Center (CASC). I took part at international workshop on the role of mechanisation in strengthening smallholder’s resilience throughout conservation agriculture in Asia and the Pacific, which regrouped fifteen different countries in the region. During the event, we shared and interact about the CASC programme promotion of the Conservation Agriculture (CA) practices in Cambodia. Then, we visited the field station to observe the different type of cover and forage crops and the CA machinery which is used and promoted there.

After that, I conducted job interview in Phnom Penh and Kampong Thma in order to hire a translator that will follow me to Kampong Thma/ Stung Chinit in order to conduct the interviews with farmers. I chose a competent person with a good experience in agriculture and a sufficient knowledge of English language. Now, I live in Kampong Thma and I have my motorbike to move around the villages independently. We started by meeting village chiefs in order to present ourselves, get general information about famers and agriculture practices in the villages but also to get some contact of farmers who could be interested in answering our questionnaires and, theoretically, who would be willing to implement the innovations which we proposed them. At this stage, we interviewed two village chiefs and, two farmers who have already implemented the cover crops and twenty farmers who have not yet.

During the week, I travelled to Battambang province to join the scientific team that conducts two simulation games in two different villages. The first days, we spent by fixing the game parameters and trying on some examples among farmers and the team. Also, we trained the facilitators who would help the farmers during the game. The parameters of the game were slightly changed in order to truly represent what farmers experience on everyday basis (labour time, cost and benefit crop or animal). In the middle of the game, the different innovations (CA machinery, cover/fodder/pasture crop, collective management with natural/ electric fences, etc.) were proposed to the farmers and they could use them in the game, if needed. The result was quite encouraging as both groups shown their interest in applying the innovations in the game. Both groups used the proposed innovations and the second group even tried to implement a collective management of a cover crop with an electrical fence.

In the following days, there will be other individual interviews as well as some interaction with the service providers will be enhanced. A village meeting will be organised in order to implement the innovations in sustainable way. In the upcoming three weeks, I will finish the interviews with farmers from the villages in order to collect data from 45 respondents. Afterwards, and with a help from my supervisors in Cambodia, we will analyse the data and select groups of farmers from each village that will take a part in a simulation game.