The G20 Leaders’ Declaration included the launch of the G20 Africa Partnership, listing rural employment and renewable energy initiatives as well as priorities for the first seven countries participating in the “Investment Compacts” with G20 nations.

The G20 Africa Partnership builds on existing regional and international strategies in order to ensure alignment, coherence and ownership, including the efforts of the G20 Initiative on Supporting Industrialisation in Africa and LDCs launched in 2016. 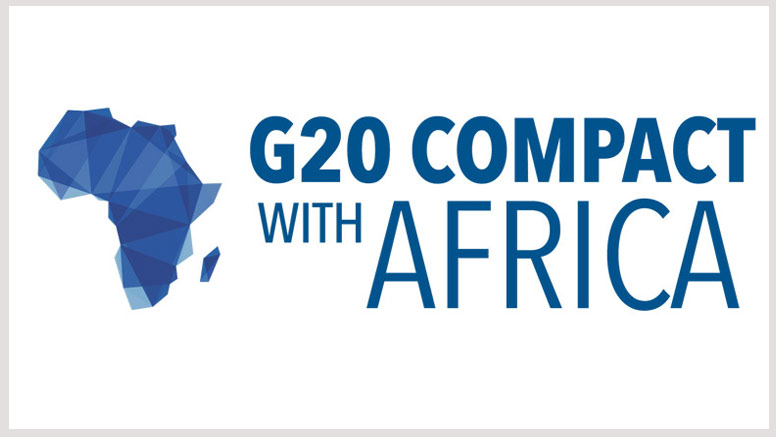 As a core element of the G20 Africa Partnership, the G20 launches the initiative “Compact with Africa. in the finance track. The initiative aims at creating a favorable business envi- 3 ronment and supporting private investment, including in infrastructure, through investment Compacts with interested African countries. The country-specific investment Compacts combine individually agreed commitments by the bilateral and multilateral partners, forming a comprehensive and effective package to improve the framework for sustainable private investment.

The G20 leaders needed to “walk the talk” on Africa, particularly in the areas of health, technology, and the financial commitments necessary to truly deliver on a “Compact with Africa.” India’s Narendra Modi 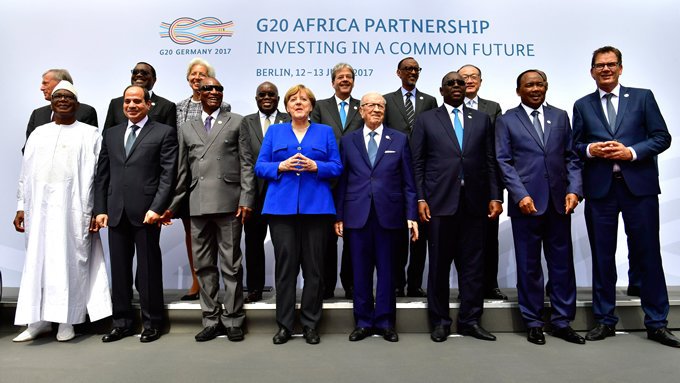 12-13 June 2017.  Berlin. The German Federal Ministry of Finance hosted the “G20 Africa Partnership – Investing in a Common Future” conference which provided backing for the G20 Africa Partnership and the Compact with Africa and presented Africa in all its modernity and variety to policy-makers and private investors.

A total of 800 guests, including 11 heads of state and government as well as more than 30 ministers, accompanied by 178 journalists present, were involved in the deliberations. At the center of the conference was the G20 “Compact with Africa“ initiative aimed at improving the conditions for investment in Africa.

Video documentation:
G20 Compact with Africa
A key focus of the German G20 presidency in the financial sector is the deepening of global partnerships. A particular focus is on the African continent. Investment partnerships on the same level and better networked initiatives of the G20, international organizations and the African countries themselves should contribute to sustainable development and improved employment opportunities on the ground. to watch video

G20 Africa conference
On 12 and 13 June 2017, the Africa Conference of the German G20 Presidency took place in Berlin. A total of 800 guests, including 11 heads of state and government as well as more than 30 ministers, accompanied by 178 journalists present, were involved in the deliberations. At the center of the conference was the G20 ” Compact with Africa ” initiative aimed at improving the conditions for investment in Africa. to watch video

The paper is the outcome of eight months of intense discussions and hard work among 129 CTG members from 23 countries and diverse economic sectors. In five teleconferences and physical meetings in Berlin and Paris the SME CTG under the leadership of Chair Rudolf Staudigl, CEO Wacker Chemie AG, developed three highly relevant recommendations to the G20: