Are donors pulling back on agriculture research funding?

17 June 2016. DevEx Are donors pulling back on agriculture research funding?
According to a 2014 report published by the International Food Policy Research Institute, Africa invested 0.51 percent of agricultural output in research in 2011, below the African Union’s target of 1 percent or greater. Even then, the bulk of government funding in most sub-Saharan African countries is used for salaries. The cost of launching and maintaining research and development infrastructure equipment draws heavily from donor aid and practitioners are fearful over what happens when that aid dries up. The report points to “extensive” anecdotal evidence that some agriculture-focused agencies in Africa simply cannot survive without foreign donor funding.

“The problem is that there’s a several year lag between the decisions that donors make and the reporting of the consequences of that and by then we’ve locked in impact for some years ahead (…). One of the challenges in agriculture research is that it needs a long-term sustained investment and big amounts of money can be more damaging if they’re not sustained than a small constant contribution. Donors need to do better at providing that continuity and consistency.” Nick Austin, CEO of the Australian Centre for International Agricultural Research.

But, it is not just about the money. Small and medium-sized research programs also depend quite heavily on input, partnerships and capacity building from international research organizations such as the CGIAR and ACIAR. 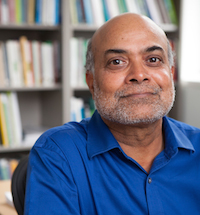 “You’re running into this capacity gap and that gap is going to continue to grow, which is something I would worry about in the new funding scenario (…)  There are big layoffs across the CGIAR system. These people who came in 2008-2010 are suddenly finding themselves without jobs.The projects that started at that time are coming to an end and there’s no renewal of those projects. That gloomy outlook can be partially traced to the fact that food prices have declined and donors are focusing on more immediate priorities. For instance, the European Union, which proactively confronted the world food price crisis of 2007 and 2008 with a 1 billion euro investment, is now shifting increasing amounts of ODA to fragile states and working with refugees.” Prabhu Pingali, founding director of the Tata-Cornell agriculture and nutrition initiative and an agriculture economics professor at Cornell University (and was on the CGIAR Fund council)

As official development assistance stagnates, agriculture researchers are finding that they must welcome other funders to the table and pursue alternative resource mobilization strategies. For example, several middle-income countries have been stepping up their investments in agriculture research, which could be positive for the prospect of sustainability.

Emerging donors are also expanding their agriculture investment activity, potentially helping fill the void left behind by declines in traditional donor spending. Public spending in India, China and Brazil account for one quarter of global investments and half of combined spending in developing countries.