17 February 2016. Brussels. Farm animals make high nutritious foodstuff such as milk, meat, eggs and blood available and accessible for families. They provide nutrients and micro-nutrients such as proteins, lipids, vitamins and minerals and can therefore play an important role in preventing malnutrition and situations of chronic food insecurity, especially when it comes to women and small children. Also, profits from crop production can rise as a result of using manure to fertilize the crops.

Being an economic asset, livestock plays the role of savings, for capitalisation and financial risk management in areas where financial services are not available. Thereby it contributes to the overall financial stability and food security of the household…
However, industrialized countries have developed consumption trends that are excessive in many products, among which meat, milk and eggs. This results in health and environmental concerns: obesity and cardio-vascular diseases, feed production and trade, deforestation, greenhouse gas emission, competition for land, speculation, animal welfare impacts of high-energy and high-protein rations, etc. The rising living standards in the emerging world and urbanization cause a spreading of these nutritional habits, questioning the sustainability of their globalisation. Voices are rising, calling for moderation in this consumption, or even vegetarian or vegan ways of life.
The questions of the debate were:
Speakers
Background
Be-troplive is an informal and multidisciplinary platform, gathering the Belgian expertise on tropical animal health and production. It constitutes a network spurring interaction between governmental development agencies, universities, NGO’s, independent experts, in the agricultural, veterinary and medical sectors.
In 2015, two sessions were organized, one in Gembloux and one in Gent, each focusing on a different sub-theme related to the central discussion topic. These sub-themes included reflections on livestock’s purpose related to nutrition and food security (‘Do we need livestock?‘) and also the way livestock are fed on a global scale (‘Are livestock eating the world?‘).
Related:
VSF Policy Brief One Health,One World?Policies and Perspectives, August 2015.
Efforts in making One Health operational should increasingly include the global South and should entail reinforcement of existing human and animal health services and their mutual linkages to eco-health. 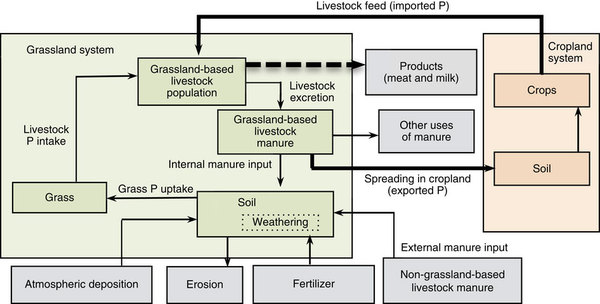 In a new study in Nature Communications, a group of researchers concluded that the world’s grasslands are going to need a lot more phosphorus — an important nutrient for plants — if they’re going to produce enough grass to meet future food demands.

No, all that grass won’t be used to feed humans. It’s for the livestock, such as cattle, that people eat. Although many farmers increasingly supplement their animals’ diets with corn and grain, grass remains a major food staple for livestock all around the world. So being able to feed all those animals depends, in a big way, on the productivity of the world’s grasslands. The problem is whether those grasslands will be able to keep up with the future demand for meat, which is only expected to increase.